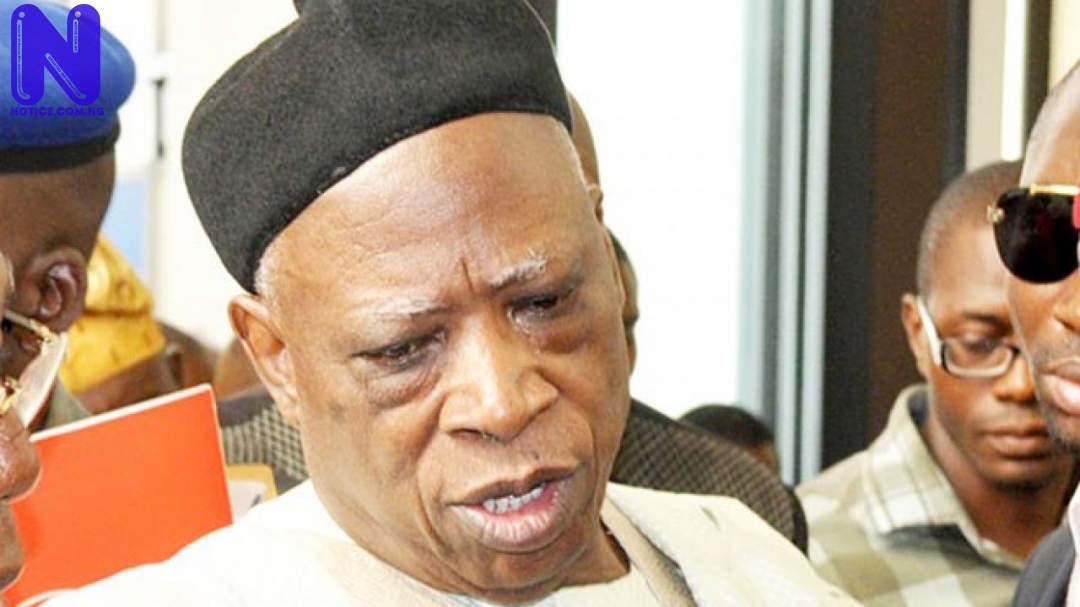 A factional group of the All Progressives Congress, APC, in Kwara State has kicked against remarks made by the Chairman of the party’s reconciliation team Senator Abdullahi Adamu, during his assignment in the state.

Press recalls that, during a two-day visit to Ilorin to reconcile the warring factions in the party, Senator Adamu, had said the party would not tolerate any action that would deepen its division.

“I am in Kwara State to reconcile genuinely aggrieved members of the party in the state, we will not accept any action or utterances that can deepen division or rubbish the APC led administration in the state.”

Reacting to what the factional group described as disparaging remarks by Senator Adamu, the state Secretary of Bolarinwa’s faction, Isiaka Agboji, at a press conference in Ilorin on Wednesday, said ” we take very strong exception to such prejudicial remark from a man who is expected to be neutral in view of the volatile nature of his assignment.

“We view such belligerent tone as a prelude to what should be expected as the outcome of his input to the committee’s report.

“It is our belief that anyone who uses reason to escape history will end up repeating history,” the group added.

The statement said as a prudent statesman heading a reconciliatory committee of that nature, “we expected that he would have approached this assignment with caution and tact rather than resorting to emotions by referring to his primordial relationship with one of the parties in dispute.”

The group also debunked the erroneous assumption by Senator Adamu that the appointments of both Lai Mohammed and Senator Gbemi Saraki, as Ministers of the Federal Republic of Nigeria, were influenced by Governor Abdulrahman Abdulrazaq.

” We wish to put on record that the appointments were graciously made by Mr President even against the wish of the governor,” the factional group declared.

” Besides, the governor went further to stop the appointment of the Chairman of the Federal Character Commission, Hajia Farida Dankaka, an attempt which also failed,” the group further alleged.

It said while the intervention of the committee in finding lasting solutions to the lingering crises in Kwara APC was appreciated, ” we noticed the unpleasant body language and conduct of the chairman were at variance with the stated objective of the committee.”

The group explained that it was not insinuating or impugning on the integrity and character of the committee, ” we know them as men and women of impeccable character.”

The group hoped that the leadership of the party at the national level will do justice without fear or favour in the overall interest of the party having articulated its position on the matter at hand and proferring what it considered a way forward to the reconciliation committee.