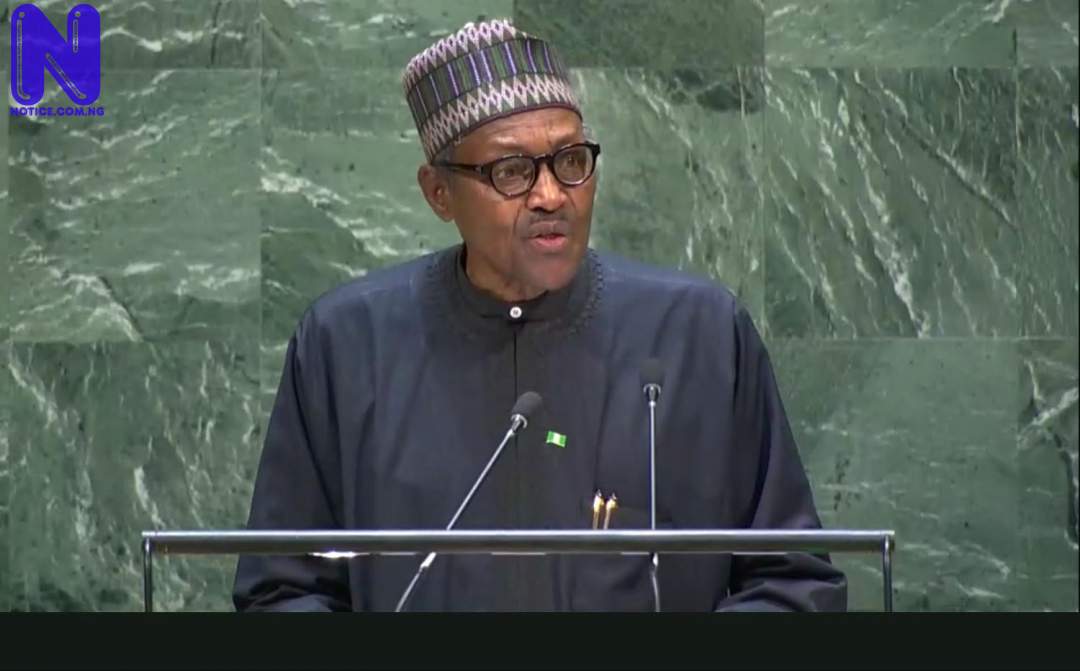 The Federal Government will sanction those who bring in personnel into the public workforce by illegal recruitment, pay their payroll and retain ghost workers.

President Muhammadu Buhari said this on Tuesday in Abuja, while declaring open the 3rd National Summit on Diminishing Corruption in the Public Sector.

Buhari warned that his administration would not hesitate to punish Heads of Ministries, Departments and Agencies (MDAs) that fraudulently present new projects as ongoing projects in the budget.

This was disclosed in a statement issued by Buhari’s Special Adviser on Media and Publicity, Femi Adesina, today.

‘‘We reduced the cost of governance by maintaining our promise to complete abandoned or ongoing projects commenced by previous administrations and have ensured that MDAs do not put forward new capital projects at the expense of ongoing projects.

‘‘Government has, in spite of that, noted from the activities of the Independent Corrupt Practices and Other Related Offences Commission (ICPC) that some MDAs have devised the fraudulent practice of presenting new projects as ongoing projects.

‘‘Necessary action and sanctions will continue against the heads of such errant MDAs. I am confident that ICPC will continue to maintain the vigilance required of her by the ICPC Act in this regard,'' he said.

The President described the summit with the theme “Corruption and Cost of Governance: New Imperatives for Fiscal Transparency,” as auspicious.

‘‘I am delighted that the Legislative and Judicial arms of government are also under focus on managing the cost of governance because the government is collective and is not the business of the Executive branch alone.

‘‘On 19th August 2020, the Federal Executive Council adopted the National Ethics and Integrity Policy which I launched on 25th September 2020.

‘‘I am delighted that some public officers continue not only to demonstrate the core values of ethics, integrity and patriotism but have been identified for their sterling anti-corruption disposition in their workplace,'' he said.

A highpoint of the event attended by the Chief Justice of Nigeria, Ibrahim Tanko Muhammad and a representative of the Senate President Ahmed Lawan was the presentation of the 2021 Public Service Integrity Awards to three distinguished Nigerian People.

Okoronkwo, who was recognised for his consistent acts of integrity in the different ministries where he served, is a committee member on fertilizer distribution that led to the recovery of billions of naira from racketeers with collaborators within the Federal Ministry of Agriculture and Rural Development.

He was credited to have reported corrupt practices that led to the Ogoni cleanup investigation in the Federal Ministry Environment.

As Committee Chairman on Illegal Recruitment in the Federal Ministry of Information and Culture, the Deputy Director facilitated the detection and removal of over 3000 fake employers from the Service thereby saving the government millions of naira in terms of salaries and emoluments.

The NDLEA officer, Ahmad, was recognised for demonstrating the highest ideals and standards of public service in the discharge of his responsibilities.

Also a recipient of the Chairman/Chief Executive Award for Outstanding Performance and Integrity, Ahmad recently recovered and declared to his Agency the sum of 24,500 USD offered to him as a bribe by a drug baron to compromise an investigation of 27.950 kg of cocaine, worth billions of naira

Nweke, the Nigerian PhD student in Japan who found a wallet containing a very large amount of money and other valuables returned it to the Japanese police.

He declined 10 per cent of the money offered to him as a reward.

The Nigerian, who joined the event virtually from his base in Japan, was recognised for his act of ‘‘honesty and integrity,'' by the President.

On Nweke, Buhari said: ‘‘I am also happy to note the ICPC special award to Ikenna Steve Nweke, a Nigerian Ph.D student from Imo State studying in Japan.

‘‘He has done Nigeria proud in far-away Japan by displaying traditional Nigerian values of honesty and integrity and returning a wallet containing a very large sum of money and other valuables to the police.

‘‘He also declined 10% of the money found as a reward offered to him.

‘‘I join the ICPC in declaring him ICPC CITIZENS ANTI-CORRUPTION VOLUNTEER GROUP ICON.

‘‘He is indeed an icon and a beacon for our youths. I also congratulate all those to be awarded the ICPC Certificate of Integrity through their agencies.''