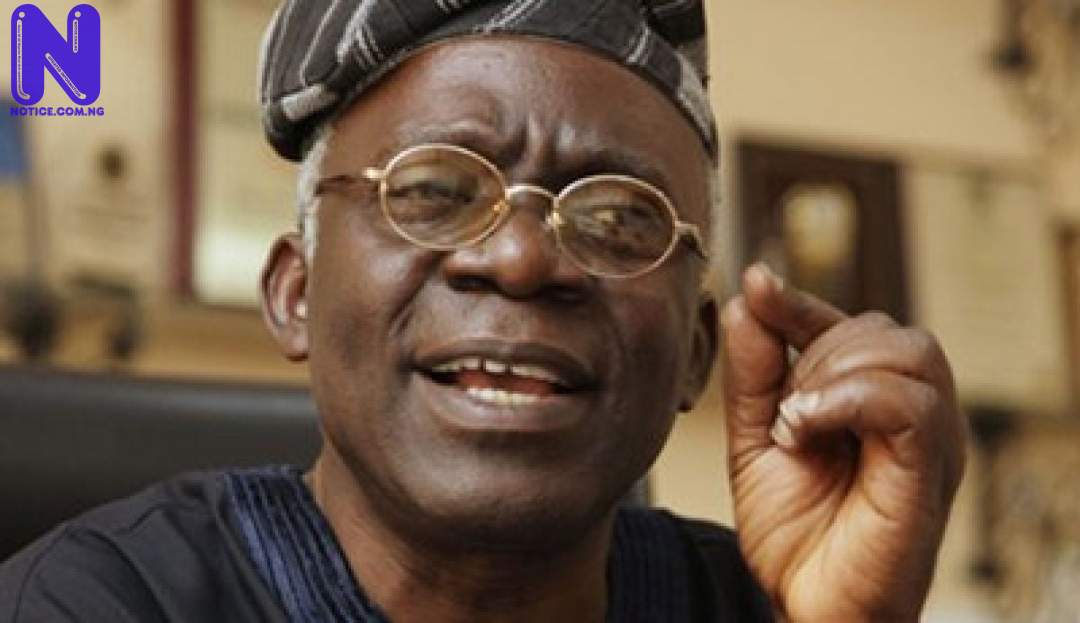 According to Falana, "the involvement of the courts in the electoral process has not been favourable to the country's democracy."

He made the call while speaking on "The Role of the Courts in the Electoral Process and the Time Bomb of Section 84(12) of the Electoral Act 2022".

DO YOU KNOW >>> How flood on Lokoja-Abuja highway caused renewed fuel scarcity, queue

It was delivered at the Law Week of the Nigerian Bar Association (NBA), Ondo Branch.

According to Falana, the courts are involved in appointment of party officers and fixing of national conventions of political parties.

"The courts have been involved in the appointment of party officers and the endorsement of candidates sponsored by political parties to contest elections.

"The winners of primaries and general elections are no longer determined by the electorate, but by the election petition tribunals and courts," Falana was quoted as saying via a statement issued by his aide, Tayo Soyemi.

According to Falana, "the involvement of the courts in the electoral process has not been favourable to the country's democracy...." target="_blank" target="US" indictment:="" allen="" onyema="" distances="" self="" from="" suit="" at="" abuja="" class="social-share">
falana