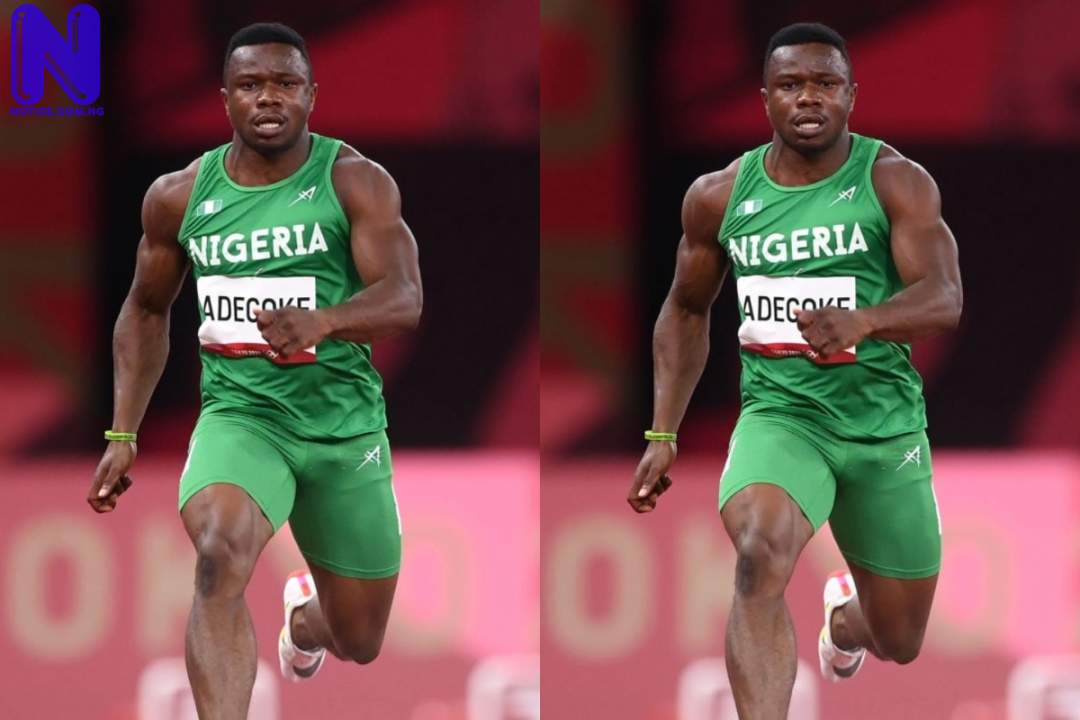 Nigeria’s Enoch Adegoke on Sunday failed to deliver at the 2020 Olympic Games in Tokyo, as he pulled up injured in the men’s 100 metres final.

The 21-year-old sprint star had delighted his compatriots by storming into the event’s final earlier in the day to raise hopes for the much-awaited medal after series of a disappointment for Team Nigeria.

Press reports that Adegoke had qualified with a time of 10.00 seconds in second place from semi-final 2.

It was achieved moments after teammate Usheoritse Itsekiri had failed to qualify after finishing seventh in semi-final 1 with 10.29 secs.

Even then, it was more assuaging for Team Nigeria after Divine Oduduru’s disqualification in the event in round one on Saturday.

This is a team now with several dashed hopes, following Grace Nwokocha’s loss in the women’s 100m event and ten teammates being declared ineligible.