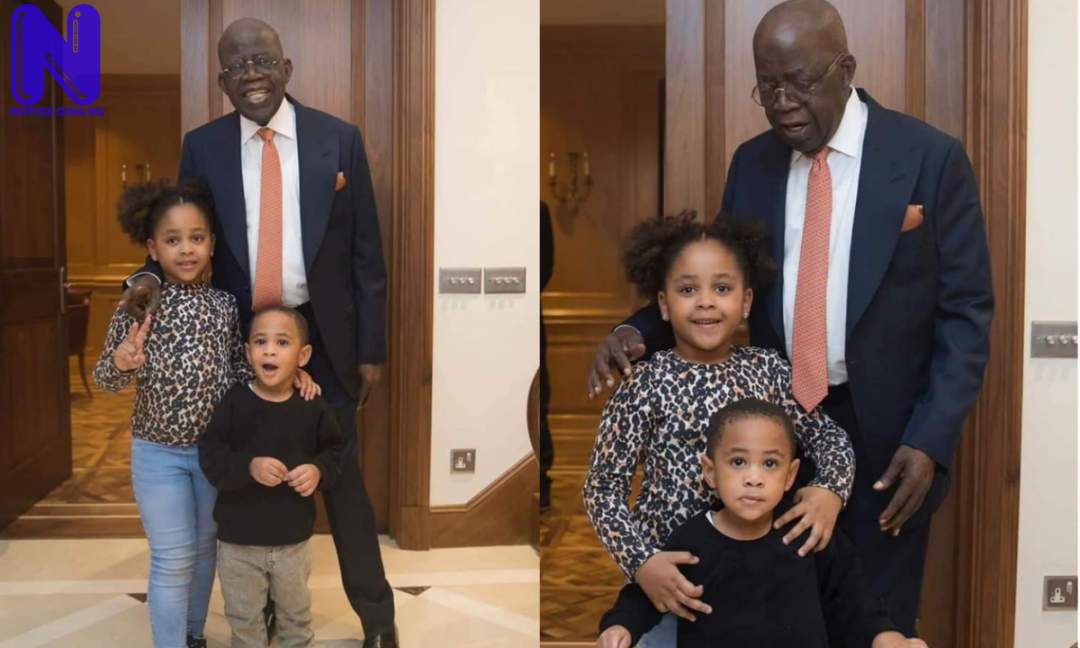 Seyi Tinubu, one of the sons of the presidential candidate of the All Progressives Congress, Bola Tinubu, has shared photos of his father playing with his grandchildren.

This is coming concerning speculations that the Ex-Lagos Governor is receiving medical attention in the United Kingdom.

Recall that following Tinubu’s absence from several political functions in the country recently, he was rumoured to be sick and hospitalized in London.

However, the 2023 presidential hopeful had in an effort to debunk the speculation, released a video of himself via his official Twitter handle to prove that he is alive and well.

According to Seyi, the recent photos were taken on Sunday, which was the same day, his father shared a video of himself on an exercise bike and refuted claims of death or ill-health.

The fresh photos which he shared on his verified Instagram story, showed the APC candidate with two of his grandchildren.