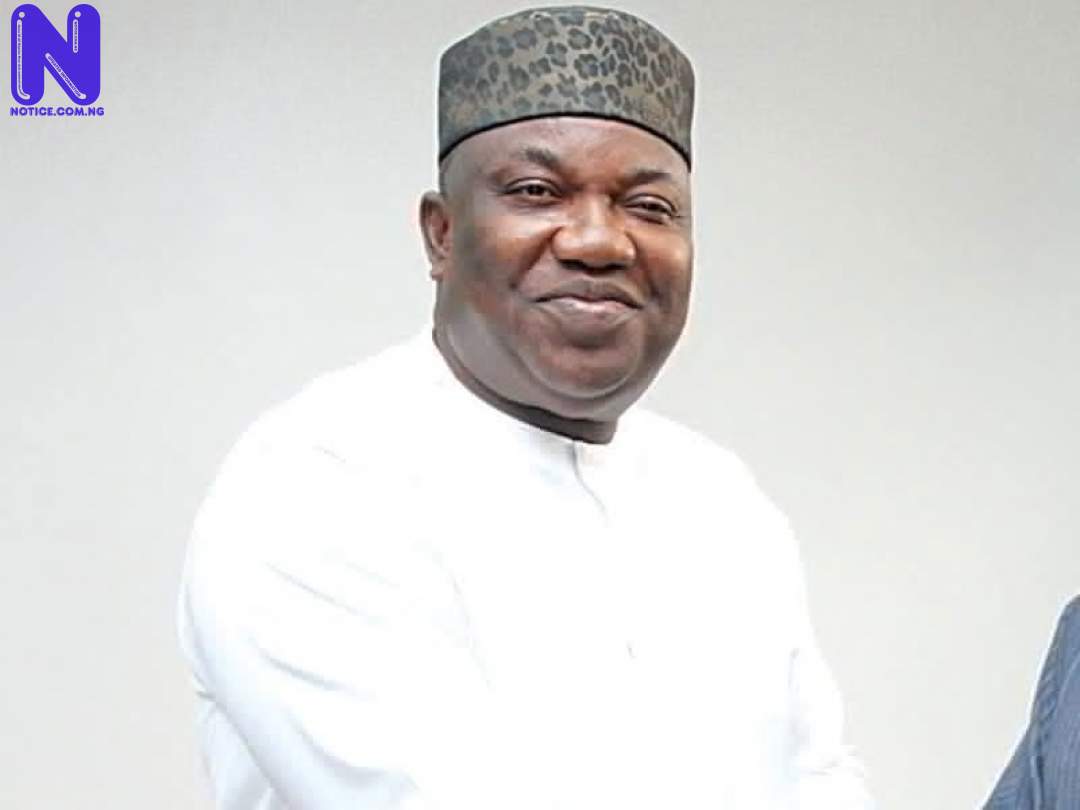 The leadership of the Faculty of the Social Sciences, University of Nigeria Nsukka (UNN) on Wednesday visited Governor Ifeanyi Ugwuanyi of Enugu State at the Government House, Enugu, to appreciate him for his administration's giant strides in the education sector in spite of the State's lean resources and the economic, security and public health challenges bedeviling the country.

Led by the Dean, Faculty of the Social Sciences, UNN, Professor Ike Onyishi, the academicians commended Gov. Ugwuanyi for the establishment of the State University of Medical and Applied Sciences (SUMAS), Igbo-Eno, Enugu State, describing the medical university as one of the legacy projects the governor will be remembered for after his tenure. He said that the SUMAS is a worthy project which "is going to live after all of us."

Professor Onyishi expressed delight at the quality of massive structures at the permanent site of the State Medical University (SUMAS), constructed by the Ugwuanyi administration, stressing that they are amazing.

The Dean assured Gov. Ugwuanyi of their support towards the success of the medical university, adding that the inherent benefits of the educational establishment are enormous, especially, its proximity to the UNN, its socio-economic development of the affected rural communities as well as its ability to provide more opportunities for numerous students in the country seeking to study medical courses.

Professor Onyishi, on behalf of the Faculty of the Social Sciences, UNN, thanked Gov. Ugwuanyi for appointing one of them, Professor Aloysius Michael Okolie, as the Vice Chancellor of Enugu State University of Science and Technology (ESUT), Professor Malachy Okwueze as the Deputy Chief of Staff, Government House, Enugu and Professor Uche Eze who is the Commissioner for Education, among others.

He acknowledged the existing peace and security in Enugu State entrenched by Gov. Ugwuanyi, pointing out that the unprecedented feat has made it possible for education and development to thrive in the state.

The erudite professor stressed that "Enugu is one of the safest states in the country and the safest in the South East," maintaining that the governor has been proactive in responding to security issues in the state.

During the visit, a delegation of the ‘UNN Staff Support Group for Gburugburu' equally applauded Gov. Ugwuanyi for his administration's transformational programmes in the university town of Nsukka, Enugu North Senatorial District and the state in general.

They unanimously endorsed the governor's bid to represent Enugu North Senatorial District in the National Assembly on the platform of the Peoples Democratic Party (PDP).

The group, comprising academic and non-academic staff of the UNN, also endorsed the PDP governorship candidate in Enugu State, Barr. Peter Ndubuisi Mbah, his running mate, Barr. Ifeanyi Ossai, the party's candidate for Nsukka/Igbo-Eze South Federal Constituency, Chief. Engr. Vita Abba and the candidate for Nsukka West Constituency, Hon. Amos Amadi Agbo, pledging to mobilise the electorate in the university community to vote for them overwhelmingly at the polls.

Speaking, the Coordinator of the UNN Staff Support Group for Gburugburu, Godwin Okechukwu Asadu, told Gov. Ugwuanyi that the staff are major beneficiaries of his administration's developmental projects in the university town of Nsukka, which he said are (projects) unprecedented.

Disclosing that "this is the first time the University of Nigeria Nsukka is having a support group for a sitting governor," the group's coordinator stressed that Gov. Ugwuanyi deserves their support and votes because of his outstanding achievements, humility, fear of God and peaceful disposition.

They paid glowing tribute to the governor for establishing the State University of Medical and Applied Sciences (SUMAS), Igbo-Eno and attracting the Federal Polytechnic, Ohodo, Igbo-Etiti Local Government Area, stating that the remarkable feats have supported the legacy of the late legendary Dr. Nnamdi Azikiwe, who attracted the UNN to Nsukka town.

In their separate remarks, the group's Secretary and Publicity Secretary, Mike Ogbobe and Dr. Saint Ngwoke respectively, joined the academicians from the Faculty of the Social Sciences, UNN, in thanking Gov. Ugwuanyi for appointing educationists from the university into sensitive government positions including the principal officers of the SUMAS.

They said that the governor's decision in that regard has brought so many laurels to Enugu State in the education sector and has equally helped his administration in actualising its policy thrust.

The group reassured Gov. Ugwuanyi that they will rally support for him, Barr. Mbah, Barr. Ossai, Engr. Abba and other PDP candidates in 2023, revealing that they are prepared and committed to actualising their mandate.

In another development, the members of ‘Gburus Committee for Senate' led by the Chairman, Barr. Kester Kaunda Ekwueme, paid a solidarity visit to Gov. Ugwuanyi at the Government House, Enugu, where they equally declared their support for the governor's senatorial bid in 2023.

Comprising members from other senatorial districts of Enugu State, the group explained that they are poised to ensure that Gov. Ugwuanyi emerges victorious at the poll, adding that their broad-based outlook is borne out of their conviction that the governor is not only going to represent Enugu North Senatorial District in the National Assembly but also the entire state.

In his address, Barr. Ekwueme informed Gov. Ugwuanyi that "we are here to appreciate you, show our unwavering support for you today, tomorrow and forever and thank you for the good works you are doing for the people of Enugu State," adding: "Because of your peaceful nature, you have given the people of Enugu State the gift of peace and Enugu is the most peaceful state in Nigeria.

"Your Excellency, you have empowered and transformed the lives of very many ordinary indigenes of Enugu State like no other leader in the state has done before.

"We see the emergence of Dr. Barr. Peter Mbah as the PDP gubernatorial candidate and all other PDP candidates for the 2023 general election as the will of the people, the will of God.

"Your Excellency, you are a great leader and you have redefined the dynamics of Enugu politics. There are lots of high quality infrastructural developments going on in Enugu State but the one that I describe as the game changer that has capacity to level the playing field is the State University of Medical and Applied Sciences (SUMAS), Igbo-Eno.

"You believe in human capital development and that is very fundamental to the growth of any individual and any state and this is why I describe you as a transformational and charismatic leader, a role model any reasonable person would like to be like.

"Your Excellency, the purpose of this committee is to mobilise support for you, campaign for you, have a bond with you, a covenant with you and promise you that we shall do everything humanly possible. I repeat, we shall do everything humanly possible to ensure a landslide victory come 2023 Enugu North Senatorial election. We can't wait to celebrate the victory.

Lending his voice, the secretary of the group, Francis Onyeke spoke in the same vein, reiterating that Gov. Ugwuanyi has "set a standard with proven leadership track record of some unique project profiles in addition to sustaining the legacies of our past leaders combined with resplendent, sumptuous giant strides and multifaceted monumental tasks cutting across the 17 local government areas of Enugu State that earned you the nickname Mr. Project."