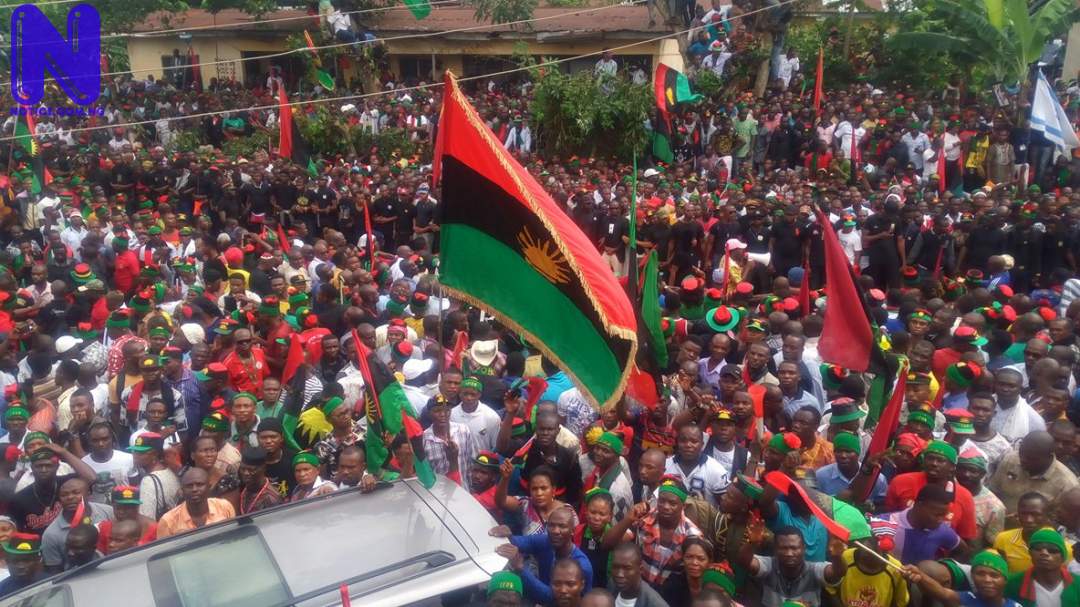 The Indigenous People of Biafra, IPOB, on Tuesday, called for the unconditional release of pro-Biafra agitators detained illegally in secret cells.

IPOB’s spokesman, Emma Powerful, said the separatist group would no longer tolerate the illegal detention of agitators by security agents.

Powerful was reacting to the continued detention of some pro-Biafra agitators in Abia State.

In a statement he signed, Powerful charged security agents to either release those arrested or charge them to court.

According to Powerful: “We the global family of the Indigenous People of Biafra (IPOB), ably led by our great leader Mazi Nnamdi Kanu wish to alert the world of the continued and illegal detention of Biafrans by the Nigeria security agencies.

“It is more provocative that these innocent victims are kept incommunicado in various secret cells out of the reach of friends and family members.

“We have just discovered that some of the Biafra agitators abducted by the Nigerian police were kept incommunicado in a secret cell at the Mopol Base, and the State CID Command, Bende Road, Umuahia Abia State. Since six months ago when these innocent Biafrans were abducted, we have been searching for them until now that we have discovered where they were hidden.

“Some of the victims include; Mazi Friday Ezegbulam a.k.a Nkuwasi who was picked at Umudike junction; Mazi Chamaroke Onwuka, a retired police officer who was picked up in his office along Bende Road Umuahia; and about 35 others arrested mostly in Aba.

“We are calling on men and women of conscience across the globe to take record of the atrocities of the wicked Nigerian security agents and to prevail on the Nigerian Government to release these innocent Biafrans unconditionally. If they won’t release these victims let them be charged to court instead of keeping them in detention indefinitely without trial.